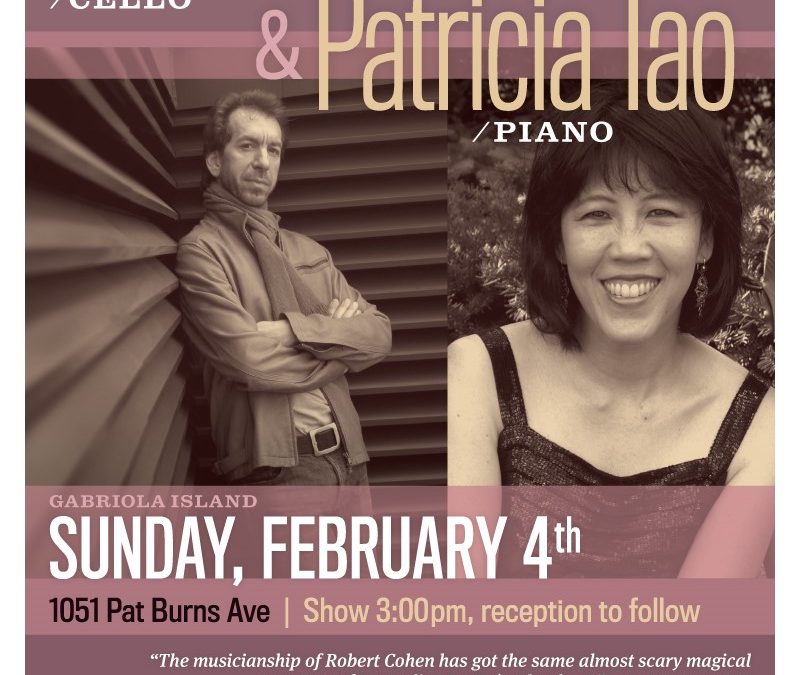 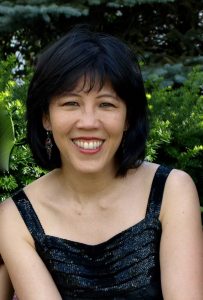 Pianist Patricia Tao, founding member of the Guild Trio for ten years, leads an active career as performer, teacher, and concert organizer. As pianist of the prizewinning Guild Trio, she performed throughout the United States and Europe and was awarded the position of Trio-in-Residence at the Tanglewood Music Centre. As a soloist, Dr. Tao toured Europe and the United States as an Artistic Ambassador under the auspices of the USIA and for Columbia Artist’s Community Concerts series.

Dr. Tao’s live performances have been broadcast on National Public Radio’s Performance Today, WNYC’s Around New York, WQXR’s The Listening Room, the public television series Premiere Performances out of St. Louis, Chicago’s WFMT and on CBC. She has commissioned and premiered numerous works, including William Bolcom’s Spring Trio, Sheila Silver’s To the Spirit Unconquered” which she recorded on the CRI label.  She has also recorded a solo CD on the Arktos label featuring works of Schubert, Liszt and Corigliano, and Chopin and Strauss cello and piano sonatas on the Centaur label.

An avid chamber musician, Patricia Tao performs frequently with fellow Trio Voce members, violinist Jasmine Lin and cellist Marina Hoover. They have recorded two CDs, one featuring the the music of Shostakovich and Weinberg, and their latest containing trios by Suk, Arensky, and Zemlinsky, which Fanfare describes as “committed music-making on a level rarely heard today.”

As concert organizer, Dr. Tao has served as Artistic Director for the Edmonton Chamber Music Society’s Summer Solstice Music Festival for ten years and organizes the Hear’s to Your Health Concerts at the Walter Mackenzie Health Sciences Centre at the University of Alberta.

Dr. Tao received her undergraduate education at Harvard University, a master’s degree with distinction from Indiana University and her doctorate from the State University of New York at Stony Brook, where her principal teachers were Leonard Shure, Gyorgy Sebok and Gilbert Kalish. She has given master classes at numerous schools in North America, Europe and China and has held performance residencies in East Hampton, NY, Stony Brook University, and the University of Virginia. She is Professor of Music at the University of Alberta, where she teaches piano and chamber music. 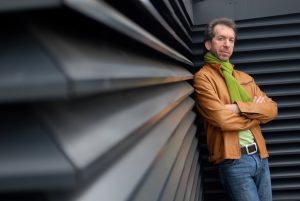 Robert Cohen made his concerto debut at the age of twelve at the Royal Festival Hall, London. During thirty-five years of his distinguished international career, Cohen has been hailed as one of the foremost cellists of our time. Cohen has been invited to perform concertos world-wide by conductors such as Claudio Abbado, Antal Dorati, Mariss Jansons, Kurt Masur, Riccardo Muti, Sir Roger Norrington, Sir Simon Rattle, Michael Tilson-Thomas, and Osmo Vanska. Notable collaborations in chamber music including Yehudi Menuhin, the Amadeus String Quartet (including their CD of Schubert Quintet on DGG), Menahem Pressler and Leonidas Kavakos.

Cohen is an inspirational conductor and teacher and has given masterclasses at conservatoires throughout the world. His passionate views on the art of learning, performing and communicating music have been widely published. From 2000-2012 Cohen was Professor of Advanced Solo Studies at the Conservatorio della Svizzera Italiana in Lugano, and in 2010 became Professor at the Royal Academy of Music, London. The Royal Academy of Music Cohen Lectures were launched in 2014. Cohen’s High Performance Soloist Course at the Accademia Perosi, Italy starts in 2016.

Robert Cohen made his recording debut at age 19 with the Elgar Cello Concerto and London Philharmonic (EMI) which earned a silver disc. He has recorded extensively for BIS, EMI, Deutsche Grammophon, Sony and Decca.

There will be a reception following the concert.

It is advised that patrons carpool as street parking is limited.