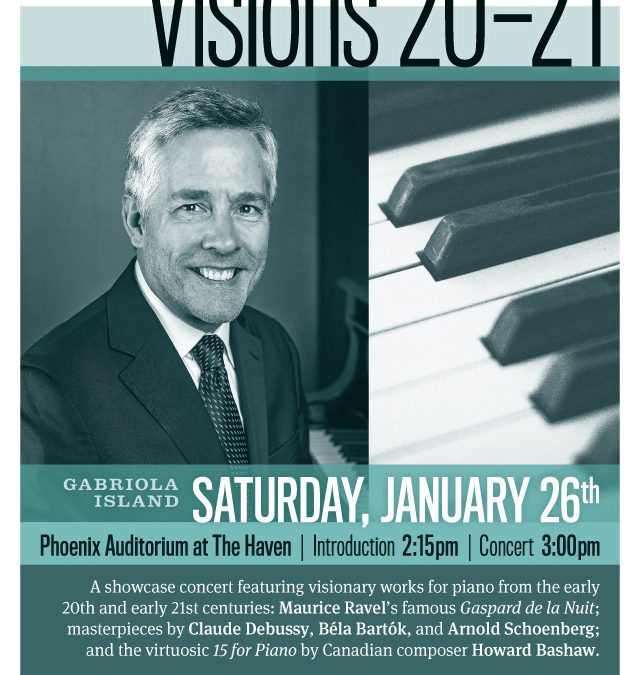 Canadian composer Howard Bashaw recently retired from the Department of Music at the University of Alberta and now resides on Gabriola Island. He has been collaborating with Roger on new music projects for 25 years – with one of the largest being 15 for Piano (2012); Roger is 1 of 5 pianists who co-commissioned the work through the Canada Council for the Arts. Presented as the second half of the program, 15 for Piano unfolds in an overarching, ebb-and-flow narrative of dramatic and stylistic contrasts that include: rapid Baroque-like textures, calm impressionistic visions, inspirations from ancient mythology, and strategic patterns and processes that revolve and evolve within geometric-like designs.

A pre-concert introduction will be given by Roger Admiral and Howard Bashaw. Hear about Impressionism, Expressionism, Atonality, poetry and mythology. In addition, a range of modern compositional techniques used in 15 for Piano will be described and demonstrated.