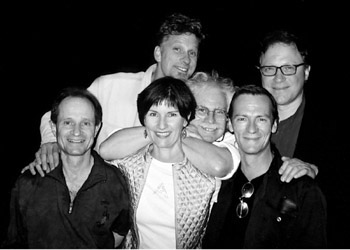 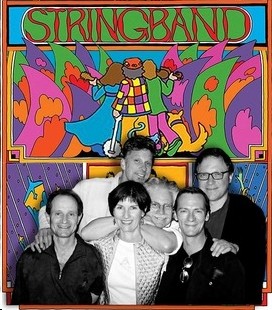 Historian of Canadian culture, and founder of the Vancouver Folk Festival, Gary Cristall writes:
“Stringband holds an important place in Canadian music history. They wrote songs about just about every part of Canada, and not ‘Group of Seven’ hymns to the land. They wrote about real people and real events – Tugboats in the Strait of Georgia, Mrs. Murphy, a farm wife with a real estate vulture hovering over her, the heroic Maple Leaf Dog, and the young woman with a ruler who demanded ‘Show us the Length.’

They blazed the trail of independent touring, and pioneered indie recording. They played everywhere. They spoke truth to power, as the phrase goes, and they created complex and accurate songs about human relationships. And, together or individually, they never stopped.”